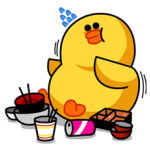 Iran has one of the oldest, richest and most influential art heritages in the world which encompasses many disciplines including literature, music, architecture, painting, weaving, pottery, calligraphy, metalworking and stonemasonry. The culture of Iran is also among the most influential in the world. Iran (Persia) is widely considered to be one of the cradles of civilization. Due to its distinctive cultural appeal and dominant geopolitical position in the world, Iran has heavily influenced peoples and nations situated as far away as Southern Europe and Eastern Europe to the west; Central Asia to the north; the Arabian Peninsula to the south; and South Asia, East Asia, and Southeast Asia to the east. Iranian history has had a significant impact on the world through art, architecture, poetry, science, medicine, philosophy, and engineering. Richard N. Frye, a prominent Iranologist, stresses the high-level historical impact of Iranian culture in his 2005 book Greater Iran: A 20th-century Odyssey: “Iran’s glory has always been its culture.”
Among many others, Persian carpet is one of the main elements of Iranian art. Iranians were some of the first people in history to weave carpets. Persian rugs are world-renowned as some of the most beautiful, intricately designed rugs available.

Khātam is an ancient Persian technique of inlaying. It is a version of marquetry where art forms are made by decorating the surface of wooden articles with delicate pieces of wood, bone and metal precisely-cut intricate geometric patterns.

Minakari Or Meenakari is the process of painting and colouring the surfaces of metals and ceramic tiles through enameling originating in Safavid Iran.

Handwoven Termeh, production of which became trendy in Iran at the beginning of Safavid era, is a soft and elegant cloth which is made of different threads material such as silk wool and fluff.